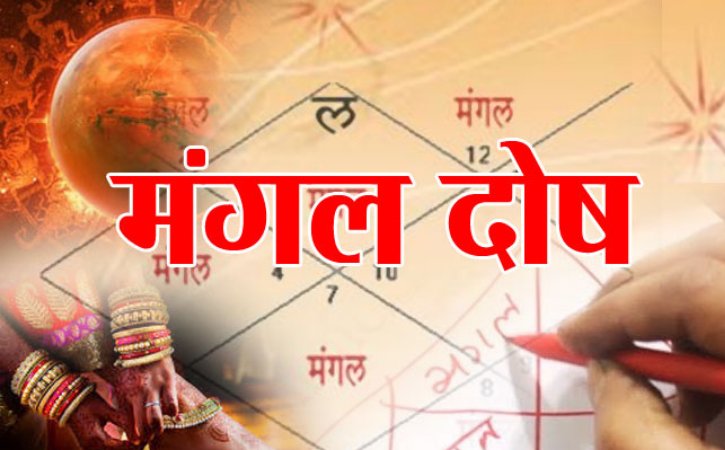 Manglik Dosha is a dosh found in a Kundali, considered astrologically bad. Mars is called Mangal in sanskrit and an astrological situation is formed when mangal in the 1st, 2nd, 4th, 7th, 8th and 12th house of a person’s horoscope. This is called Mangal Dosha and people who have this are called Manglik. This dosha can happen to anyone. Mars represents respect, ego, self-esteem, and energy so those who have Mangal Dosha might have a vulnerable nature which could hinder relationships, but it is also believed that Mangliks have fire energy in them if used in the correct way. Mangal Dosha in the kundli can have a negative effect on your married life, mental health and might even lead to financial issues. If the Manglik is born on a Tuesday however the effects are nullified. To completely negate the effects of this in marriage, two Mangliks can be mutually wed to cancel out the effects.