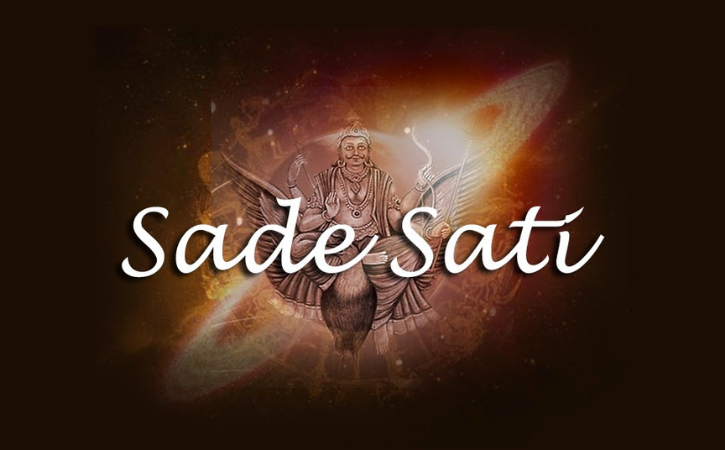 It is the 7 ½ years period of Saturn, which starts as when transit Saturn occupies the house just preceding natal Moon. Saturn spends around 2.5 years in each signs so Shani Sade Sati starts from the time Saturn enters into the 12th house from natal Moon to when it leaves the 2nd house from natal Moon. Sade Sati is feared by many due to the ill effects associated with the period. Saturn is a malefic planet so native has to struggle during Sade Sati but there is nothing to be scared of. Saturn works much like a guardian, grabbing us by the collar and making us see the reality.

If the Moon sign at the time of birth of the native was Taurus, then the Sadesati will begin when Saturn enters sign Aries. The Sadesati will continue while Saturn transits over this sign and the next two signs, i.e. the birth sign and the sign after it. Saturn spends around ​2 1⁄2 years in each sign. To cross these three signs it takes about ​7 1⁄2 years. Thus the name Sadesati which literally means seven and a half.